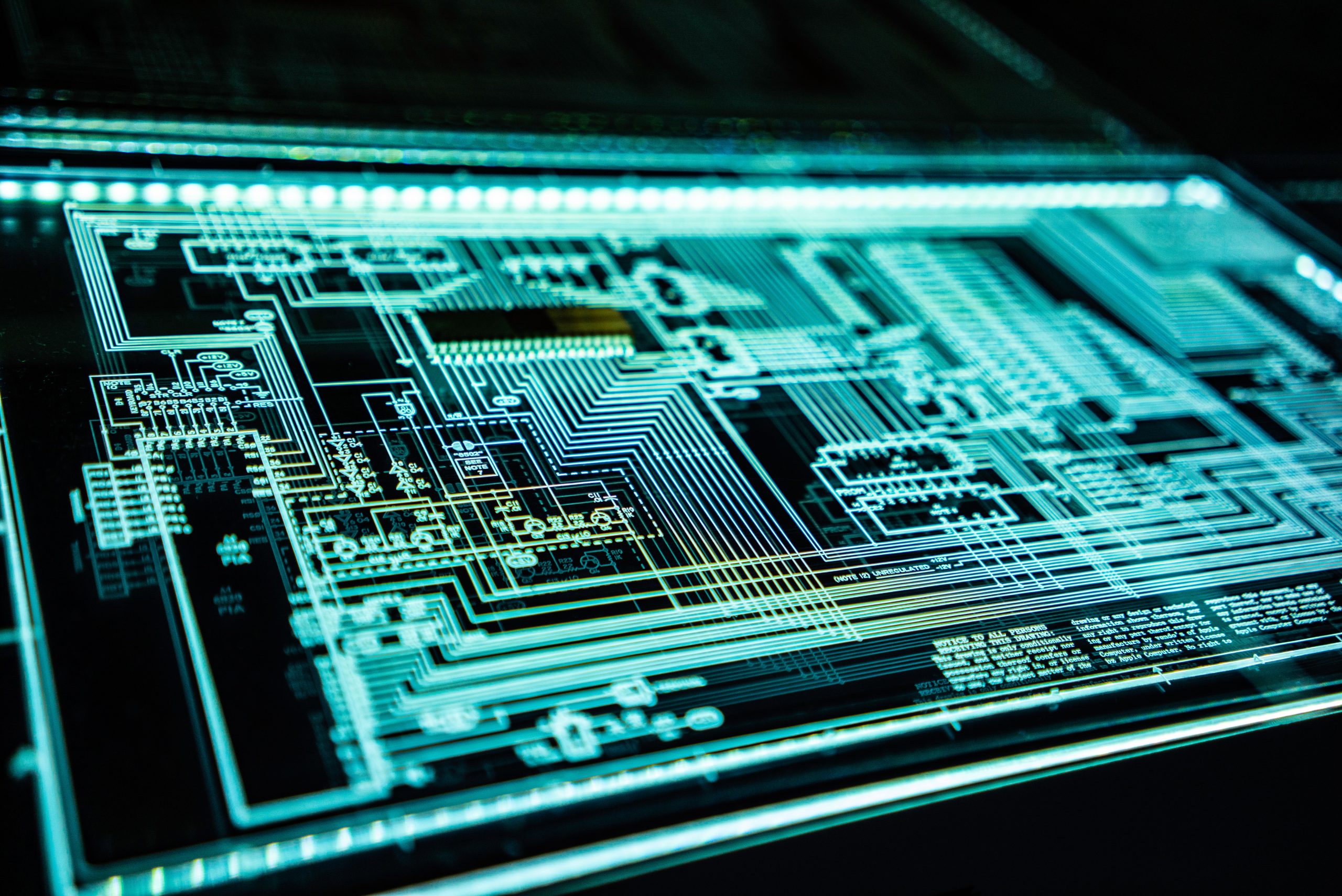 Information technology (IT) includes building and managing operational applications, creating, securing, and storing organisational electronic data as well as aiding all functional areas of the organisation with the usage of software and data management. in this article, we will look at IT industry of India and Pakistan.

IT Industry of India

India is the world’s largest sourcing destination with the most qualified talent pool of technical graduates. Revenues in the IT industry increased by 2.3% to $194 billion in 2020-21. According to NASCOM’s yearly strategic review for 2021-22, the sector gained 450,000 new jobs, bringing the total number of direct employees to 5 million.

The government has allocated INR 53,108 crore (the US $7.31 billion) to the IT and telecom industry in Budget 2021. The Indian IT industry’s revenue is expected to expand by 2.3% YoY to the US $194 billion in FY21 as per the National Association of Software and Service Companies.

The IT industry accounted for 8% of India’s GDP in 2020. The Indian Technology Industry overcame the $200 billion revenue threshold to reach $227 billion in FY22, adding $30 billion in revenue all year round and seeing an overall growth rate of 15.5%.

Women now account for about 44% of all new hires or 1.8 million people overall. According to the report, export sales increased by 17.22% to $178 billion while domestic revenues rose by 10% to $49 billion.

In the fiscal year 2021, India exported IT services worth $149.1 billion. With an export of $61.4 billion, the banking, financial, and insurance services dominated. The majority of the total revenue originates from the dominance of IT exports in the market. However, the domestic market had shown hopeful signs as well. In addition, the Indian IT industries made a greater attempt to create localization in foreign countries, particularly the United States.

In 2022, the Indian IT industry provided a significant $198 billion contribution to the US economy. The government of India has also been promoting rapid digitalization, which has increased investments in the IT sector. Organizations across the technological spectrum are adopting new strategies to attract and support their staff in response to pressures and disruptions.

In the past 20 years, the local IT sector has grown, and shortly, it is expected to reach the $1000 billion milestone. In FY22, the Indian tech industry employs more than 1.8 million women, making up over 36% of its workforce – now it is one of the largest private-sector recruiters of women in India.

Indian IT & ITeS companies have set up over 1,000 global delivery centres in approximately 80 countries across the world. While major multinational Indian companies like That Consultancy Services, Infotech, Wipro, Cognizant, and Infosys dominate the country’s IT industry, a significant number of small and medium-sized enterprises are also present there and account for a further 30% of the nation’s IT exports.

Additionally, several other government initiatives, including the creation of Software Technology Parks, Export Oriented Units, Special Economic Zones, and Foreign Direct Investment, have helped this sector in securing a leading position in the world IT industry.

India’s liberalisation initiatives such as reducing trade barriers and removing import duties on technology items as well as the IT sector’s rapid improvement have had a significant impact on the expansion of this industry. The digital economy is expanding and seeing a demand boost because of the new IT-based technologies like telemedicine and remote monitoring. Despite the uncertain global economic scenario, the IT sector has continuously increased and propelled India’s growth. India’s IT sector is advancing in terms of new disruptive technologies and will become a global leader in the Fourth Industrial Revolution that is currently happening.

IT Industry of Pakistan

The majority of Pakistanis are now using computers and other internet-connected gadgets, which is a representation of how much easier their lives have become and how quickly and efficiently their work can be completed. The number of skilled workers as a result of this has greatly increased, which has also increased the export of these services.

Pakistan has always had an agrarian economy, and thanks to its wealth of natural resources, it has flourished over time. This pattern is still evident, but the development of Pakistan into a modern nation may be credited to the growth of the services and IT industry. The Pakistani IT industry is growing extremely rapidly due to several important factors, including the competent ideas of capable young people. Another reason is that outsourcing services improve earnings and job opportunities. Even in times of economic crisis, Pakistan’s IT sector is considered one of the most successful economic sectors.

A substantial percentage of Pakistan’s GDP, about 7%, is contributed by the IT sector, which also employs hundreds of thousands of professionals in areas like banking, telecommunications, healthcare, education, etc. Though the IT sector in Pakistan has had a rough couple of years recently, the industry’s overall growth in the past 10 to 15 years has been striking. NETSOL, a big IT firm, contributes to about a fifth of Pakistan’s IT exports by offering innovative solutions that help big-ticket finance, equipment, and automobile industries manage retail and wholesale business operations efficiently.

Over the past ten years, the government of Pakistan has offered incentives to IT investors, which has helped the IT industry of the country to grow. By collaborating with foreign countries, Pakistan’s IT industry has imported knowledge, upgraded technology, and improved its capacity to produce merchandise that can be exported out of the country. At the same time, SEZs provide a business environment where all taxes and duties are exempted on production units. Due to the system’s ability to attract big information technology companies, growth has been accelerated.

Numerous individuals who work in sectors including banking, telecommunications, healthcare, education and others are hired by Pakistani IT companies. It is for this reason that during the past few years, the proportion of Pakistani students who want to pursue information technology as their profession has increased. With an understanding that technology might significantly boost domestic exports while also providing Pakistan with much-needed foreign currency, Pakistan has made correlated high investments in both informational technology education and the industry.

The IT industry is burgeoning in Pakistan, and the government is doing everything it can to ensure that it continues to grow. These steps include increasing the number of IT graduates from 25,000 to 50,000, establishing software technology parks in large to 2nd tier cities, enhancing IT companies access to capital, reducing tax disputes, and listing them on the stock exchange. In its 2014 Global Information Technology report, the Word Economic Forum ranked Pakistan 111th among 144 countries based on the country’s progress in Information and Communication Technology.

In recent years, Pakistan’s IT sector has made headlines for several initiatives. Lately, acquisitions of Daraz and Easypaisa by Chinese tycoon Ali Baba is evidence that a variety of start-ups, including Daraz and Careem (already acquired by Uber) have been very effective in attracting trade and investment to Pakistan. Systems Limited, one of the largest exporters of It services and goods listed on the Pakistan Stock Exchange (PSX), recently reported an all-time high in annual sales of PKR 10 billion and a profit of PKR 2.1 billion. In Pakistan, the IT industry is expanding and has a potential to expand more in the future.

Given these facts, it is reasonable to conclude that a coordinated effort between the government and the business sector is required to boost the economy and exports via the use of information technology. There is not even a comparison between the IT industry of India and Pakistan. India’s IT export is touching $200 billion whereas Pakistan is only at $2 billion in IT exports. India is far ahead of Pakistan. Pakistan has to do a lot to even be on the racing track; having better IT institutes and the government should take proactive steps to improve the IT industry standard. The key is to inform and facilitate Pakistani youth in this area.

Entertainment Did you know? Information