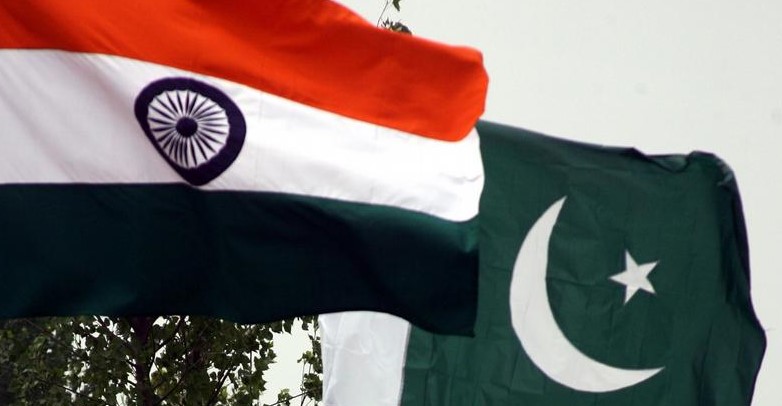 Pakistani and Indian politics are almost the same as both of them are facing the same challenges and issues apart from the military take overs in Pakistan. India is having two major party system – BJP and Congress. The Indian Congress has ruled the country over 50+ years but now, BJP is enjoying the power. In Pakistan, there were two old political parties (PPP and PML-N) which are run by families but later on, Pakistan Tehreek -e-Insaaf (PTI) was founded by Imran Khan in 1996 which has got immensely popularity in the last decade.

In 2018 general elections, Pakistan Tehreek -e-Insaaf (PTI) was referred by opposition political parties as a “selected” government”. The same situation occurs in 2022 where 13 parties make every effort to overthrow the PTI government.

Parties from the left to the most extreme religious groups make up the coalition of the opposition. The two big parties are the Pakistan Muslim League Noon (PML-N) which is led by Nawaz Sharif (former 3 times Prime Minister), and the Pakistan People’s Party (PPP), co-chaired by the son (Bilawal Zardari) and husband (Asif Ali Zardari) of late Benazir Bhutto (ex-Prime Minister).

Lately, the military claimed it had turned neutrals but after Imran Khan lost their support, the opposition was given the chance to act and make the government. Imran Khan lost his slender majority in the National Assembly when two small parties that were affiliated with him in the ruling coalition moved to the opposition. Although Khan was Pakistan’s first prime minister to be removed by a no-confidence vote, he shared with each of his predecessors the failure to stay for straight five years of the parliament’s electoral term. While the former prime minister is spearheading rallies across country criticizing the government’s legitimacy and demanding new elections, Shahbaz Sharif’s new government has been indecisive and is having difficulty getting off the ground.

In terms of politics, the recent energetic crowds at Imran Khan’s events demonstrate the support that he has received from across the world (by overseas Pakistani) for his stance and refusal to compromise on national security and the involvement of foreign powers in the Pakistan’s internal politics. He refers to the new government as an “imported government” and the new prime minister as a “crime minister” in large rallies held every day across the nation. With this story of suffering, Khan, whose party left the legislature and is asking for new elections, is attempting to undermine the legitimacy of the new government.

After winning the confidence vote in Parliament, Bilawal Zardari welcomed everyone by stating “Welcome to Poorana Pakistan”. According to journalists who have spoken out in support of Imran Khan’s decision to refuse to bow before outsiders after getting an official letter from the US, the new government is being criticized and is responding aggressively.

In the current political situation, when three major parties, notably PTI, PML-N and PPP, are concurrently addressing large gatherings in different cities to prepare their people, the push and pull can be noticed. A promising development for the expected next general elections is the creation of the election campaign scenario.

As a result, the elections are not formally announced. By Nawaz Sharif, who is now in London, an absconder (declared by courts) will decide the elections, according to her daughter Maryam Safdar.

The current scenario of the Pakistan economy due to the unstable government is, the prices of freight, petroleum, and food items especially wheat, sugar, oil, spices, tea, pulses, etc. have been increased significantly. The costs of items are seen to be rising on a daily basis, and there are no signs of soon-to-be-introduced comfortable relief packages. In addition, the Pakistan Stock Exchange has dropped from 46,000 to 41,000 points, the rupee declined sharply from Rs. 179 against the US dollar (which was reached to a record high to around Rs. 240 against 1 USD). However, the rupee has gained some value back to Rs. 216 (inter-bank rates) as of Aug 22, 2022.

Besides political parties, it is very important to mention that Pakistan was ruled by military 4 times; it is a common believe that army has got so much influence in the country which we don’t see at all in India.

Narendra Modi, the Indian prime minister, again won the elections in May 2019 with a significant majority for a second five-year term, and it is expected that the ruling coalition would continue to hold power until the end of its current term in 2024.

The Bharatiya Janata Party (BJP) has been main political entity in India over the past eight years. The party’s unchallengeable rule is a result of both its efforts and the political opposition’s largely dormant state across the country. In four of the five states, the BJP was the incumbent, although elections indicated strong anti-incumbency support in at least three of the elections. However, the party easily won all but on election, including in Uttar Pradesh, a state with significant political consequences. This highlights the inability of the opposition parties to transform public outrage into votes.

Meanwhile, the Congress has conceded mainstream nationalism to the BJP over the last three decades. To counter the BJP’s ethnocentric campaign, the Congress vowed in its 2019 platform to abolish the draconian Armed Forces Special Powers Act (AFSPA) and the colonial-era sedition law Indian Penal Code Section 124A.

At first, the Congress protested the Enforcement Directorate’s (ED) interrogation of its high leaders, and now it is fighting the government on price inflation, the imposition of GST on daily necessities, and unemployment. The BJP was on the back foot due to rising prices and unemployment. After losing two straight general elections and a number of state assembly elections, the BJP is currently dealing with a more depleted and weakend party. The employees’ self-confidence is at a record-setting low, and their morale is crushed.

In contrast to a Congress that cannot even elect a full-time President, the BJP government appears politically decisive despite growing prices and increasing unemployment. Political scientist Suhas Palshikar calls the BJP India’s “second dominant party system”, the first being former PM Indira Gandhi’s Congress which ruled the republic for more than half a century. After Congress workers start travelling, the party may be able to create a narrative that differs with the BJP’s. It may also help in developing a progressive message for the Congress to pursue in the years leading up to 2024.

The Gandhis will not be allowed to participate in elections if the government decides to convict them before 2024. Therefore, it’s important not to underrate the impact of ED case against the Gandhis on the BJP’s election strategy. The only way for the Congress to alter this narrative is to organize a large-scale campaign that will generate a groundswell of public opinion on major issues of the national significance.

The new party which was emerged in the last decade must not be forgotten to mention here is “Aam Admi Party” which is run by Arvind Kejriwal and currently ruling the capital (Delhi) of India since the last few years and gaining more strength day by day. It would be interesting to see how it would perform in 2024 elections.

Conclusion of Pakistani and Indian Politics

Pakistan and Indian both have their sets of problems in politics which they face separately. India is blessed that it has never faced any forced regime change operation whereas Pakistan has seen four army rulers since its inception. The current political situation in Pakistan is not good which is not a good sign for any country and its economy. Apart from that, sometimes the heat is generated between the two countries which eventually cools down after a while. In India, experts call this heat as the political agenda of political parties – to get votes and support of people by showing hatred towards Pakistan and get votes.