Tourism in India and Pakistan 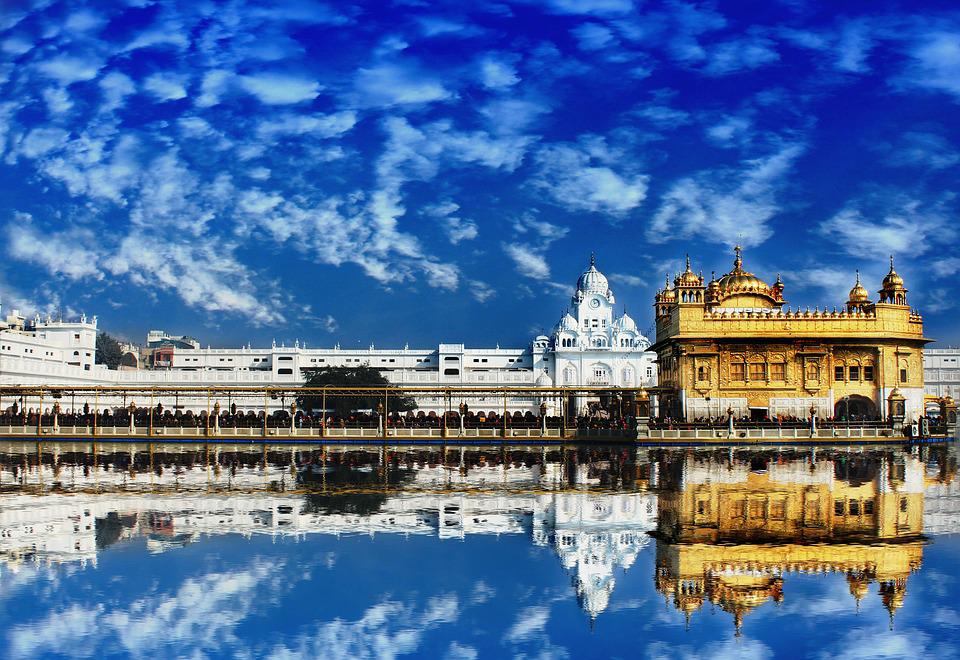 Tourism is an important socio-economic activity. It helps boost the economy of a country to a greater extent. The opportunity to experience different cultures is enabled by tourism, which can also assist a nation in need of foreign investments.

India’s Gross Domestic Product (GDP) is strongly influenced by the tourism industry. The World Travel and Tourism Council calculated that tourism generated 5.8% of India’s total GDP in 2021. Indian tourism is strongly affected by terrorism, insecurity and pollution in the country; however, the sincere efforts of the Government of India are continuing to develop the Indian tourism industry. The Indian Tourism Development Corporation (ITDC) launched a tourism campaign “Incredible India” in 2005 to enthuse the travellers. A wide range of interesting activities like rafting, scuba diving, sailing, skiing, climbing and water sports promote tourism in India.

Nowadays, tourism in India is also strongly promoted by tourism ministries thanks to the help of many Bollywood actors at the international and national levels. Indian culture’s past has left lovely monuments and temples and also interesting archaeological artefacts for the benefit of tourists. The nation has been gifted with breathtaking scenery, from the coast and beaches to the majestic mountains and hill stations. Also, because of being rich with people from many religions and languages, the country is full of diversity in handicrafts, folk dances, festivals, music, ballet, clothing, languages, etc. which makes people visit India. There are countless historical sites and artefacts that are worth visiting. This country is a living proof of its broad and diverse religious past, from mosques to temples to churches.

Without talking about Taj Mahal, Agra, the discussion of tourism in India is incomplete. In 1983, the site was designated by the UNESCO World Heritage as “the jewel of Muslim art in India and one of the universally admired masterpieces of the world’s heritage“.

India has some of the most incredible places that surely please the tourists, such as the ‘Venice of the East’, Udaipur, has an abundance of natural beauty, mesmerising temples and breathtaking architecture which makes it a must-visit destination in India. Also, Mahabaleshwar, Maharashtra, a hill town in the Western Ghats, is widely known for not just its strawberries but, also for its various rivers, magnificent cascades and spectacular peaks.

Moreover, Ranthambore is one of the best tiger reserves of the country, known to have “friendly” tigers and chances of sighting one here is reasonably better than many other tiger reserves of India. Along with this, it also features some of the biodiverse places, making it a must-see destination. Widely considered to be the best place to visit in India among youths,

Goa is the epitome of tourism in India with one of the best beaches, food and nightlife. One of the most beautiful tourist destinations in Uttarakhand is Nainital, which is nestled amidst the Kumaon Hills. It has a pleasant climate all year round, and can rightfully be called a picturesque paradise for all travel lovers. Furthermore, The idyllic hill station Munnar– famous for its tea estates, exotic lush greenery and craggy peaks, serves as the commercial centre for some of the world’s largest tea estates too. Wildlife enthusiasts and photographers will enjoy Corbett National Park, which is located at the foothills of Himayalas, which is also a home to a variety of flora and fauna, including some rare species like tigers. Other than these, the scrumptious traditional food like Butter Chicken, Saag (mustard greens) and Makki ki roti (cornmeal flatbread), Idli (savoury rice cakes) and Sambhar (a lentil-based vegetable stew), Biryani (rice-based dish made with spices, rice and meat or vegetables), and many more have also captivated the tourists’ attention to a great level.

In 2021, contribution of travel and tourism to Gross Domestic Product (GDP) for Pakistan was 4.4%. There are several historical and cultural heritage sites in Pakistan which are geographically and ethnically diverse. The recent decision by the Pakistani government to stop requiring No Objection Certificates for international visitors intending to visit certain parts of the country, has contributed to the growth in tourism during the past few years.

Earlier, Pakistan was ranked The Best Holiday Destination for 2020 by British Backpackers Society (BBS) and was also declared the third-highest potential adventure destination in the world for 2020. Today, it is the most preferable tourist destination and had received several positive reviews from many travellers, mountaineers and bloggers who are visiting and sharing their experiences of safe and pleasurable travelling, adding to a positive image of the country in the world too. Along with that, tourists usually enjoy eating street food as it gives them a flavour of the culture of the place and Pakistan is one of those countries which has undoubtedly the most delicious and mouth-watering street food like Pani Puri (a hollow, crispy-fried puffed ball that is filled with potato, chickpeas, onions, spices, and flavoured water), Samosas (a small triangular pastry filled with spiced meat or vegetables), Bun kebabs (a shallow-fried potato and lentil patty is placed between a sweet bun), Jalebi (a funnel cake), and many more.

Travel and tourism has great association with other industries in the national economy making major indirect earns and also enhances foreign investment, local development, and public infrastructure. The hotels & motels industry value consists of all revenues generated by the tourists visiting the country. Stunning regions of the nation have been developed recently due to which the tourism has increased, especially in the northern areas like Gilgit-Baltistan, which has beautiful landscapes that include mountains, lakes, glaciers and valleys. Not to forget the world’s second highest peak K-2 also lies in the same region. The region is also the home of world’s seven highest peaks out ten. The region is also visited for its landmarks, culture, history and people. Pakistan offers diverse opportunities for tourists, such as trout fishing in the glacial water of Gilgit Baltistan and Swat rivers, the Shandur Polo traditional tournament (the highest polo ground of the world), paragliding, rock climbing, trekking in northern areas, and Jeep and camel safari in the Cholistan desert (Punjab). Major visitor attractions in Punjab include the Lahore Fort and the Shalimar Gardens, which are now recognised by the World Heritage Sites – UNESCO. Also, the Badshahi Mosque, the Walled City of Lahore, Wazir Khan Mosque and Minar-e-Pakistan are highly fascinating for visitors.

Karachi has a number of cultural sites including the Mohatta Palace, the National Museum of Pakistan, the Empress Market, the Frere Hall, and the Hindu Gymkhana. There are several beaches within the city, some of the most famous are the Clifton Beach, the French Beach, the Sandspit Beach and the Manora Island. Further, the southern regions of Pakistan are attractive to tourists. The beautiful dry mountains of Balochistan, Ziarat, Quetta and Gwadar are exemplary.

India and Pakistan are continuously taking significant steps to promote tourism so that the economies can flourish and revenue can be generated. Resorts and guest houses are being established; recreational sites are being reconstructed and expanded, the security of tourists is being taken care of. Not to forget that people are very hospitable who welcome tourists warmly in both the countries. If you have time and money, both countries are must visit places of the world.

4 Most Developed Cities of India and Pakistan